The Secret Powers of the Son-in-Law

Working in healthcare, I get a few daily updates with snippets of health information that summarize newsworthy items from the press.  Today, a snippet from the Advisory Board caught my eye, and you’ll see why….it was titled “The Secret Powers of the Son-in-Law,” and of course, I had to read it and share it.  I don’t have enough experience to vouch for it….yes, I’m a daughter-in-law but not married long enough to qualify for the study.  A 26-year longitudinal study of married couples finds that women who initially have close relationships with their parents-in-law are more likely to get divorced 16 years down the road.

The NIH-funded study that will soon be published in the journal Family Relations—began in 1986 and followed 373 couples ages 25 to 37.  Dr. Terry Orbuch, the lead researcher and University of Michigan psychologist , asked each participant to rate the closeness of their relationship with their in-laws on a scale of one to four.  The study found that amongst couples where the husband reported feeling close to his wife’s family were 20% less likely to get divorced over the next 16 years. However, couples where the wife reported feeling close to her husband’s family were 20% more likely to get divorced.

According to Orbuch, the difference may have a lot to do with identity and boundaries. For example, a wife who feels close to her husband’s parents may have trouble establishing certain boundaries and, over time, may regard even well-intentioned advice as meddling.  “Because relationships are so important to women, their identity as a wife and mother is central to their being,” Orbuch says, adding, “They interpret what their in-laws say and do as interference into their identity as a spouse and parent.”

Some of you who read this may be the parents-in-law, and others may be the son-in-law or the daughter-in-law, and maybe you or someone you know could relate to this.  And, maybe you are still unmarried.  But, the study has its limitations in that although it was a 26-year longitudinal study it followed only a few hundred couples.  Happy Reading or maybe Happy Debating (and, don’t blame me!)!!

Posted by Shaanthz on November 28, 2012 in General, Healthcare

Eat Chocolate Daily And Get Slimmer? 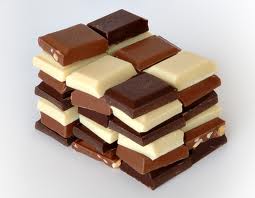 This study sounds too good to be true….a National Institutes of Health funded study conducted by the Department of Medicine of the University of California, San Diego, found people who eat chocolate more frequently tend to be thinner than those who consume the sweet treat less often.

Researchers asked nearly 1,000 adults in Southern California questions about types of food and beverages including how many times a week they ate chocolate. Body mass index, which is a measure of body fat, was also calculated as part of the study.  The participants who ate chocolate more often didn’t consume fewer calories overall, or exercise more, than their non-chocoholic counterparts. In fact, the more frequent chocolate eaters consumed more total calories!

The researchers caution that the study doesn’t prove a link between frequent chocolate munching and weight loss.

Rather, the findings suggest that the health benefits of chocolate may be linked to how many times in a given week chocolate is eaten rather than the total amount consumed in that week, says the study’s lead researcher, Beatrice Golomb, an associate professor in the Department of Medicine at the University of California, San Diego. Eating a small amount of chocolate each of five days during a week was linked to a lower BMI, even if the person ate more calories overall and didn’t exercise more than other participants.

These findings were published as a research letter in the recent Archives of Internal Medicine, and this article details the study.

Madhu, this one seems just right for you – not sure you’ll read it all 🙂

Posted by Shaanthz on March 28, 2012 in General, Healthcare

Deciding on a Good Article Title

How important is the title of an article?  I would think it is important enough to catch the reader’s attention.  So, I find an article title interesting enough to click on it and read it, only to find that the title is misleading.  Had I not clicked on the link, I would not know what the main story was. That is what happened when I read the article titled, “Low-Income Adults Less Likely To Have Coverage, Regular Source of Care,”  published earlier this month by the California Healthline.

My first thought was – Do we need a study to tell us that low-income adults cannot afford to have health coverage, but I anyway clicked on the linked article.  And, was I surprised to find that the intent of the main article was not to stop at stating that low-income adults have lesser health coverage, but also that the healthcare reform could bridge those gaps!  The original article published by The Commonwealth Fund was titled, .”The Income Divide in Health Care: How the Affordable Care Act Will Help Restore Fairness to the U.S. Health System.”

Had I scrolled all the way to the end of the article, I would have found a concluding paragraph referencing the healthcare reform law.  It wasn’t intentional I think, but the online article may have lot several readers due to the misleading title.  Or perhaps, the writer thinks of the healthcare reform or Obamacare (as it popularly known) as socialized medicine!  I don’t know the answer.

Posted by Shaanthz on March 1, 2012 in General, Healthcare 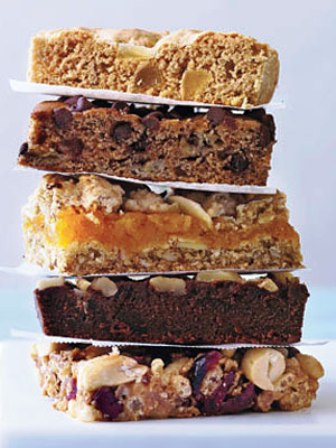 Can you have a cookie or a piece of your favorite cake at breakfast and lose weight?  I know, this sounds too good to be true, but a group of researchers in Israel say yes.  In a study published in the journal Steroids, Israeli researchers assigned nearly 200 obese people between the ages of 20 and 65 to two groups with identical diets, except for breakfast, where one group got a low-carb breakfast and the second group got a high-carb, protein-laden breakfast with a choice of one dessert.

Interestingly, after 16 weeks of dieting, both groups lost similar amounts of weight–33 pounds in the non-dessert group and 30 pounds in the dessert group. But, here’s the best part of the study: Those in the dessert-eating group were able to keep more of their weight off. After 32 weeks, the non-sweet eaters gained more than 25 of those pounds back, while the sweet-eaters only regained 15 pounds!

So, is this story too tempting to be true?  The study author, Dr. Daniela Jakubowicz, says yes.  She says, “Most people simply regain weight, no matter what diet they are on. But if you eat what you like, you decrease cravings. The cake – a small piece – is important.”

The researchers explained this phenomenon by saying that most of the dessert eaters didn’t have as many cravings throughout the day–something that causes too many dieters to fail in the long-run. The study found that people in the dessert group reduced their craving hormone levels by 45%, while those who didn’t start their day off with sweets only reduced levels by 29.5%. Meaning, people in the dessert group were fuller and less hungry throughout the day.

Conclusion: A high-protein and carbohydrate breakfast may prevent obesity relapse.

I think the keyword here is “small piece.”  If you indulge, then you are going to regret your indulgence.  Also, perhaps the person feels happier in the morning after sinking into the sweet treat and the next study will probably say the study participants were happier and not likely to be depressed during the day 🙂

You can read other viewpoints of the study here.

Posted by Shaanthz on February 25, 2012 in Dessert, Healthcare

Hepatitis C – a silent epidemic – baby boomers at most risk

In recent years, Hepatitis C has surpassed HIV as one of the leading causes of adult mortality in the United States, according to a recent study published in the Annals of Internal Medicine.

“One of every 33 baby boomers are living with Hepatitis C infection,” says Dr. John Ward, hepatitis chief at the Centers for Disease Control and Prevention. “Most people will be surprised, because it’s a silent epidemic.”  About 3.2 million Americans are estimated to have chronic Hepatitis C, but at least half of them may not know it. The virus, which affects nearly 170 million people worldwide gradually scars the liver, leading to cirrhosis or liver cancer. It is a leading cause of liver transplants.

CDC’s current guidelines recommend testing people known to be at high risk, but the testing has been unpopular due to the year-long, two-drug treatment promised to cure only 40 percent of people.  Reportedly, the treatment was so grueling that many patients refused to try the treatment could cost up to $30,000.  With the introduction of two new drugs — Vertex Pharmaceuticals’ telaprevir and Merck & Co.’s boceprevir, treatment looks more promising. Research suggests adding one of them to standard therapy can boost cure rates as high as 75%. Though not without side effects, some people can complete the entire treatment in just six months. It can cost another $1,000 to $4,000 a week.  These testing promises and  advances are fueling CDC deliberations of whether to change testing guidelines and recommend that anyone born between 1945 and 1965 get a one-time screening.

It’s not clear how quickly the CDC will settle the boomer-screening question. But doctors at New York’s Montefiore Medical Center have started raising the issue with baby boomers. A Montefiore internist, Dr. Gary Rogg, says a number of patients have sought Hepatitis C testing after seeing hepatitis-awareness ads from the drugs’ manufacturers.

Posted by Shaanthz on February 24, 2012 in Healthcare

Do differences in blood pressure in both arms matter?

Although my blog is titled Healthcare Updates, I haven’t posted anything related to healthcare for some time now.  I also notice that my recipes get more views than the healthcare posts did…so, isn’t the message very clear?  However, I’m not giving up just yet and here is one very interesting research article that I found today.

A team of researchers from the Peninsula College of Medicine and Dentistry at the University of Exeter in Devon, England, reviewed 28 studies that looked at differences in systolic blood pressure between arms.  The process called meta-analysis uses data from previously published studies to find trends that may not have become evident in the original data.  They found that a difference of 15 millimeters or more between the left and right arms increased the risk of peripheral vascular disease by 2.5 times, although a difference of even 10 mm could increase a patient’s risk. A 15-point difference also was associated with a 1.6 times higher risk of cerebrovascular disease and a 70% greater risk of dying from heart disease.  Interestingly, it does not matter which arm has the higher or lower pressure, it’s the difference between them that matters.

According to the authors, varying blood pressure readings between arms may signal the narrowing or hardening of a person’s arteries, particularly on one side of body. “If we don’t know to measure both arms, we’re not going to make the right diagnosis and the right treatment choices for our patients,” says lead study author Christopher Clark.

Posted by Shaanthz on February 2, 2012 in Healthcare

Apophenia is the urge to find meaning or a pattern in a sequence of numbers, a meaning that is non-existent.  News reports say today is an auspicious day for weddings, lottery, etc.  I didn’t get married today nor did I buy a lottery ticket, but I found some interesting news about Apophenia in Healthcare that was compiled by The Advisory Board Company, and here it is:

The Advisory Board asks if we see a pattern? Do you see any pattern, if not, they think it is this:

“The more the health industry changes, the more its issues remain the same.”

Posted by Shaanthz on November 12, 2011 in General, Healthcare