Can you have a cookie or a piece of your favorite cake at breakfast and lose weight?  I know, this sounds too good to be true, but a group of researchers in Israel say yes.  In a study published in the journal Steroids, Israeli researchers assigned nearly 200 obese people between the ages of 20 and 65 to two groups with identical diets, except for breakfast, where one group got a low-carb breakfast and the second group got a high-carb, protein-laden breakfast with a choice of one dessert.

Interestingly, after 16 weeks of dieting, both groups lost similar amounts of weight–33 pounds in the non-dessert group and 30 pounds in the dessert group. But, here’s the best part of the study: Those in the dessert-eating group were able to keep more of their weight off. After 32 weeks, the non-sweet eaters gained more than 25 of those pounds back, while the sweet-eaters only regained 15 pounds!

So, is this story too tempting to be true?  The study author, Dr. Daniela Jakubowicz, says yes.  She says, “Most people simply regain weight, no matter what diet they are on. But if you eat what you like, you decrease cravings. The cake – a small piece – is important.”

The researchers explained this phenomenon by saying that most of the dessert eaters didn’t have as many cravings throughout the day–something that causes too many dieters to fail in the long-run. The study found that people in the dessert group reduced their craving hormone levels by 45%, while those who didn’t start their day off with sweets only reduced levels by 29.5%. Meaning, people in the dessert group were fuller and less hungry throughout the day.

Conclusion: A high-protein and carbohydrate breakfast may prevent obesity relapse.

I think the keyword here is “small piece.”  If you indulge, then you are going to regret your indulgence.  Also, perhaps the person feels happier in the morning after sinking into the sweet treat and the next study will probably say the study participants were happier and not likely to be depressed during the day 🙂

You can read other viewpoints of the study here.

Posted by Shaanthz on February 25, 2012 in Dessert, Healthcare

I sometimes look for an excuse to bake…but with these brownies, I don’t need an excuse. I just bake them because they are wonderful chocolate brownies with a twist – mocha brownies.  I baked these brownies recently for an office party and everyone was immediately hooked, clamouring for more.  I have made it twice in 8 days and there were no pictures to post the first time….all the brownies disappeared before the camera made its appearance.

I sometimes substitute ingredients in a recipe, mixing wheat flour with all-purpose flour, canola oil for butter, etc. but this ingredient list was rather interesting with almond flour, dairy-free margarine, instant coffee, etc. and so decided not to mess with the recipe.

These brownies have a chewy texture, the coffee brings out the chocolate flavor and the egg whites render a lightness as well, which is not a problem because you can eat more brownies now.

Each time I try a new brownie recipe, I think it is the best ever…

I have to go to a birthday party this weekend and I’ve already been asked to bring ‘my bestest brownies’ as these are now called …… until a new brownie recipe comes along! 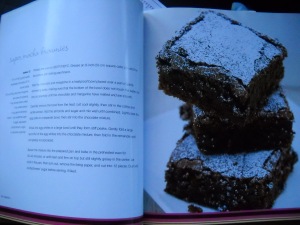 Posted by Shaanthz on February 10, 2012 in Baking, Dessert, Recipes

An unexpected phone call this evening from friends visiting New York ended up in a cozy impromptu dinner, complete with chocolate-dipped strawberries…. I did not have time to bake any dessert tonight, could I offer some fruit and chocolate instead?  Well, why not fruit covered with chocolate instead.  I noticed that I had some strawberries, but without stems.  Who wants the stems anyway, right? 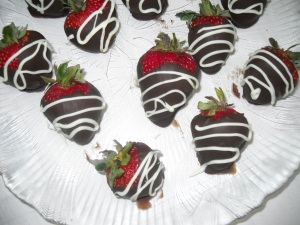 Posted by Shaanthz on February 2, 2012 in Dessert, Recipes

Isn’t there something about warm brownies that make it so tempting?  Well, if the brownie looks as tempting as this, why wouldn’t anyone want to bite into a warm brownie? 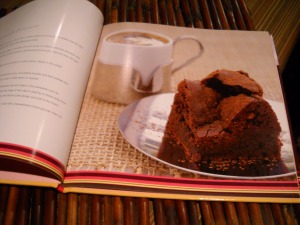 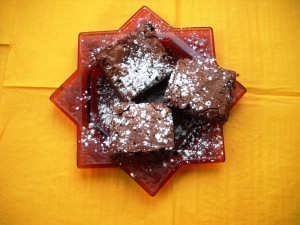 I made these brownies yesterday because I was bored….but the brownies were anything but boring.  It was one of those days when I did not want to do the weekend chores or run errands.  Since it snowed on Saturday, walking wasn’t the best way to spend the afternoon.  So, why not bake some brownies so that we can eat warm sticky chocolatey brownies….why sticky and chocolatey….because the recipe says so!

I started taking the pictures with 3 brownies in the plate,

And then started nibbling….

And, then a few minutes later, between clicking the pictures and snacking….. 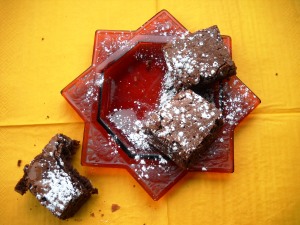 And, another a few minutes later…..only 2 left.

I thought it would be okay to stop clicking and eat the brownies…….it sure was an afternoon well spent with sticky chocolate brownies.

To make these sticky brownies, I used:

Posted by Shaanthz on January 24, 2012 in Baking, Dessert, Recipes

These delicate rose cookies are an all-time Christmas favorite in many countries.  They are crisp and delicious little cookies, light and ethereal, crunchy and beautiful!  The cookies are made using a rosette iron.  In Sweden and Norway, these delicacies are called Scandinavian Rosettes.  The shape of the cookie depends on the rosette iron.  In India, they are known by various names – achappam, roce cookies, etc.

It is not the cookie dough that is shaped or dropped here, but the cookie batter – sounds odd, doesn’t it?  A few simple ingredients go into a simple batter – eggs, sugar, milk, all-purpose flour, and a pinch of salt (vanilla optional) are combined to form a crepe-like batter.  Heat oil in a heavy saucepan or wok, and immerse the rosette iron in the oil.  Carefully, lift the iron and dip into the batter, making sure you do not immerse the iron in the batter.  If completely immersed in the batter, the cookie will not come off the iron.  It takes about a minute for each cookie to turn golden brown, remove, and drain on paper towels.  Cool and store in an airtight container.  Dust confectioners’ sugar before serving (optional).

Rosette irons come in various shapes and sizes, and here is my rosette iron.

Posted by Shaanthz on December 26, 2011 in Dessert, Recipes